We’ve been back from our vacation for a few days now and ever since our return I’ve felt like I’ve been trudging through molasses while carrying a fifty pound bag of cement on my shoulders. It could be the gloomy marine layer that’s been blanketing Santa Barbara from dawn until early evening every day. Or it could be that I’m exhausted from our epic adventure after having been in perpetual motion for days on end. But more likely it’s because we’re no longer in motion, seeing old friends, exploring beautiful places, and doing fun and exciting things (unless you count laundry, dishes and grocery shopping as exciting). Ack.

This girl’s Rocky Mountain High has taken a serious nose dive into the land of funk. And it isn’t pretty. 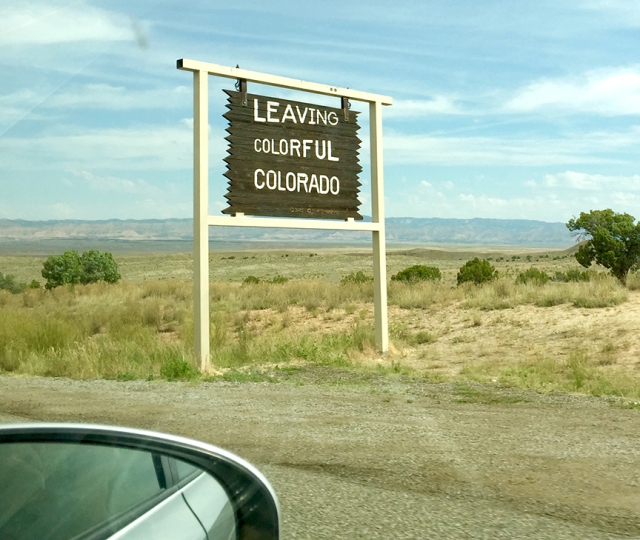 The day after we got home I blew off a 15K race I had planned to run, and the next day I slept through two alarms and missed my Moms in Motion triathlon practice. The following day I simply couldn’t drag my sorry ass out the door, even though I’d put on my workout clothes first thing in the morning. Yep, that was me still wearing my running clothes at the dinner table, without an ounce of sweat on them. And then there’s the coffee and vino thing…you know what I’m talking about. I warned you it wasn’t pretty. At least I haven’t gone down the chocolate road yet.

And of course I’ve scolded myself more than a few times: OMG girlfriend, suck it up and SHAKE.IT.OFF! You are being ridiculous! You live in Santa Barbara, for gawdsakes, not some war zone or horrible inner-city. Get back out there and do your thang!

Those “pep talks” only made me feel worse though, so I finally decided to stop beating myself up, and instead, try cutting myself a little slack. Rather than repeatedly telling myself “I should” be doing this or that, I started being more patient and understanding with myself, like I would a friend. What a concept! Have you ever noticed how you’re usually way more patient with your best friend than yourself?

And it worked. On Tuesday, after three days of schlepping through the blahs, I finally got myself out the door to run 4 miles down near the beach. Hip, hip hooray, I finally did it, even on another gloomy, overcast morning! Very little of it involved runner’s high, but it was something.

Then yesterday, I went to my favorite yoga class taught by Erin DiAnglelis. She’s an amazing young instructor who has the voice of an angel and the wisdom of an elder sage. I always feel like she creates each of her classes just for me as they’re always exactly what I need, when I need them. I left feeling light and open, and my body thanked me for stretching and breathing deeply after being origami’ed in a car for two thousand miles on our trip. Aaaah.

Today was my real turnaround day, though. I still woke up feeling like I could have slept until noon, but after a humungo cup of coffee, I slipped into my running clothes and filled up my water bottle, knowing I was going to hit the trails after I dropped my daughter off at camp. My plan was to simply cruise along the hills at Elings Park and go only as far as I felt, enjoying it with no expectations whatsoever.

And it was the best thing I could have done.

The workout was hard with ten hill repeats, and it definitely kicked my butt, but it also brought me back to where I needed to be. The other girls had been on vacation too–in Montana, Belize and back East–so we were all regrouping and settling back into our regular routines. Sometimes that’s all it takes, a little heart-pumping sufferfest with friends to bring you back around.

Here’s to finding a little “runshine” with these awesome peeps! Thank you B Team! 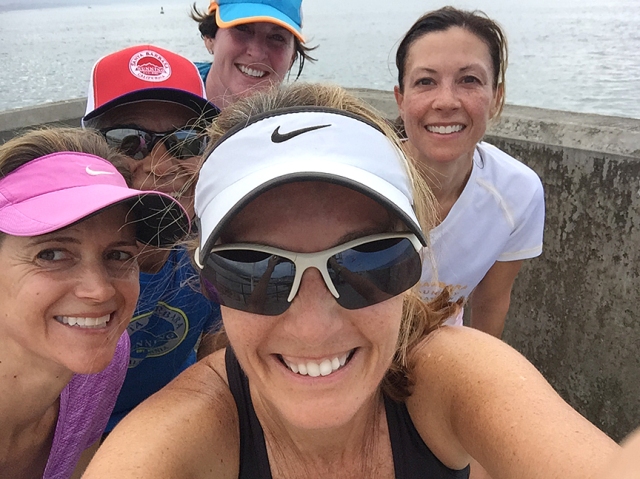 Have any of you experienced an end-of-vacation low like this? What was your remedy for rebounding?

PS: If you missed any of my other Runcation posts, you can read them here:

While sucking air at the track yesterday, and dragging ass far behind my three speedy running buddies, Jane, Jen and Vanessa, I kept chanting to myself, Just…keep…going…this is so flippin’ good for you…Just…keep…going.

Under normal circumstances yesterday’s workout would have been challenging, but not one that left me reeling, and mumbling, “Holy crap, I have a long, long, loooooong way to go.” What took it up a notch was pushing the pace by running with faster chiquitas.

It’s definitely not easy on the ego, but pushing outside your comfort zone and running with speedier people is fabulous for your mind and body—especially if your goal is to get faster. As we all know, most good stuff happens outside our comfort zones. 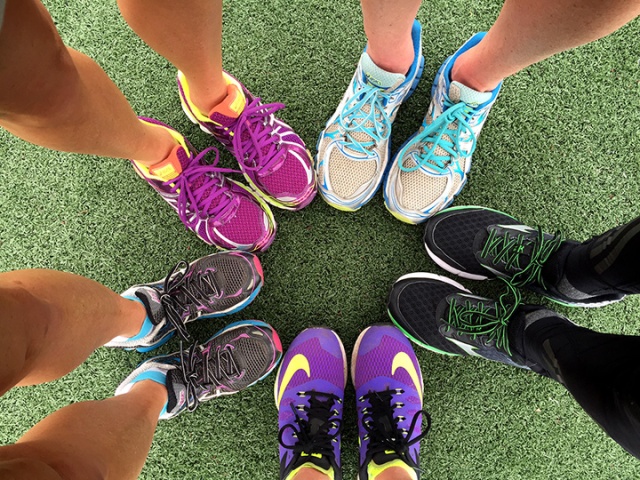 Yesterday’s workout consisted of a 1-mile warm-up followed by intervals of:
1 mile
1200m
800m
400m
200m
…cooling down with a half or three-quarter mile jog (at least I think that’s what it was. I can’t remember—I was in a bit of a fog at this point).

What else took it up a notch was END_OF_DOCUMENT_TOKEN_TO_BE_REPLACED 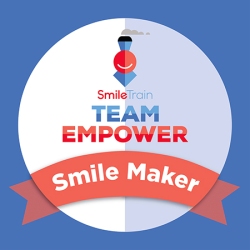